I’ve always loved 4th of July…when I was a kid it was the parades that appealed…as a teen and young adult it was the HUGE celebration the city rolled out.  I’m sure some of you have seen it on TV or DVD, but NOTHING compares to arriving on the Esplanade by noon, scoping out a good spot for the blanket, and laughing and talking for hours surrounded by thousands of people.  Such crowd energy!

When dusk finally comes and the show begins……WOW!

And OMG!  The collision of sight and sound against the backdrop of the lower Charles?  Seriously, you have to see Fireworks time!

What an event, yeah?   My old city sure knows how to throw a good party….but my new one does, too….it’s just a bit more natural 🙂

Wherever you are, and whatever you do, I wish you all a happy and wonderful Independence Day!

ps. Staying sober through the 4th of July can be challenging.  For those seeking help or support today (or any day) remember there are resources, marathon meetings and central offices to support you. Check out 12stepsahead.com for more information.

Red White and Blue: Patriotic in the Garden!

To honor our 4th of July national holiday, I thought I’d show you my red, white and blue blooming plants! But first, a tropical salute from a Bromeliad that incorporates all three colors:

Next is Salvia Nemorosa, a volunteer in my rear cutting garden. If you see the birdie who “dropped” it off, please thank her for me! 🙂

These pretty blue flowers have such a lovely scent!

On the garage side of the house, a plumbago hedge is fully decked out:

Trusses of pale blue flowers wave like flags on a breezy day! Pretty!

I know you’ll never guess this next plant ❗ Well, maybe someone will……. 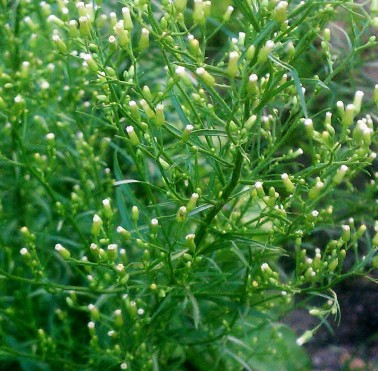 One more chance?  Perhaps a zoom-out to the whole plant will help? 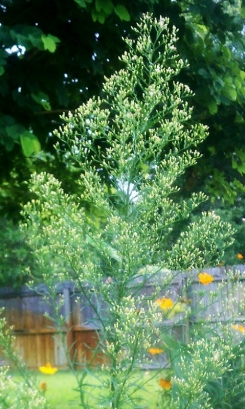 Did anyone guess Dog Fennel?

Call me crazy 🙄 but this particular dog fennel grew so big (and was so covered with tiny flowers!) I HAD to keep it around…at least until the tiny buds morph into fluff!  When that happens?  Sayonara city!

–Tip for removing plants with dandelion-type “fluff” ➡ Cover the “offender” with an appropriately sized trash bag; clench the bag tightly around the base, then yank until the roots break free.  Using a bag helps eliminate reseeding…..and sneezing! 🙂

That’s it for  blue and white, so now we’re at the Ranchero for a little red: 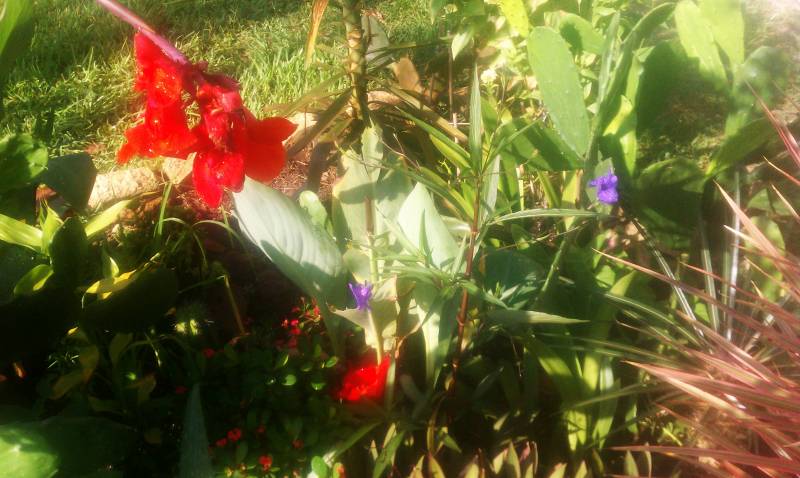 If you’re thinking that Canna is too close to the ground, you’re right!  By this time of summer,  the more mature cannas have sent up several blooming stalks. Each stalk adds a foot or more to the stem, making it prone to “wind bend.”  As soon as the flowers fall off, I’ll cut this one back to its uppermost foliage–no sneeze bag required! 😉

And now, I’m off to an evening holiday barbecue and backyard fireworks!

When I saw the title of this week’s photo challenge,  I immediately knew which picture to choose. Although my selection process shared everything with the topic,  the reasons behind it do not, and are best described by the caption: 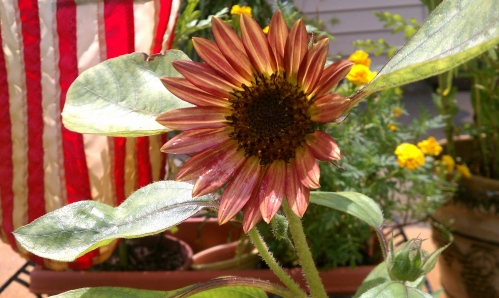 Simple can be complicated!

An American flag, a sunflower, and marigolds on a bright day…July 4th, Independence Day to be exact, but what I saw in my viewfinder gave me time tunnel vertigo, that cartwheel-into-the-past disorientation that toys with calendars and realities. Sure, I saw the flag and flowers in front of me, but mainly as conjurers of sunny days and holidays past.

Simple can be complicated. 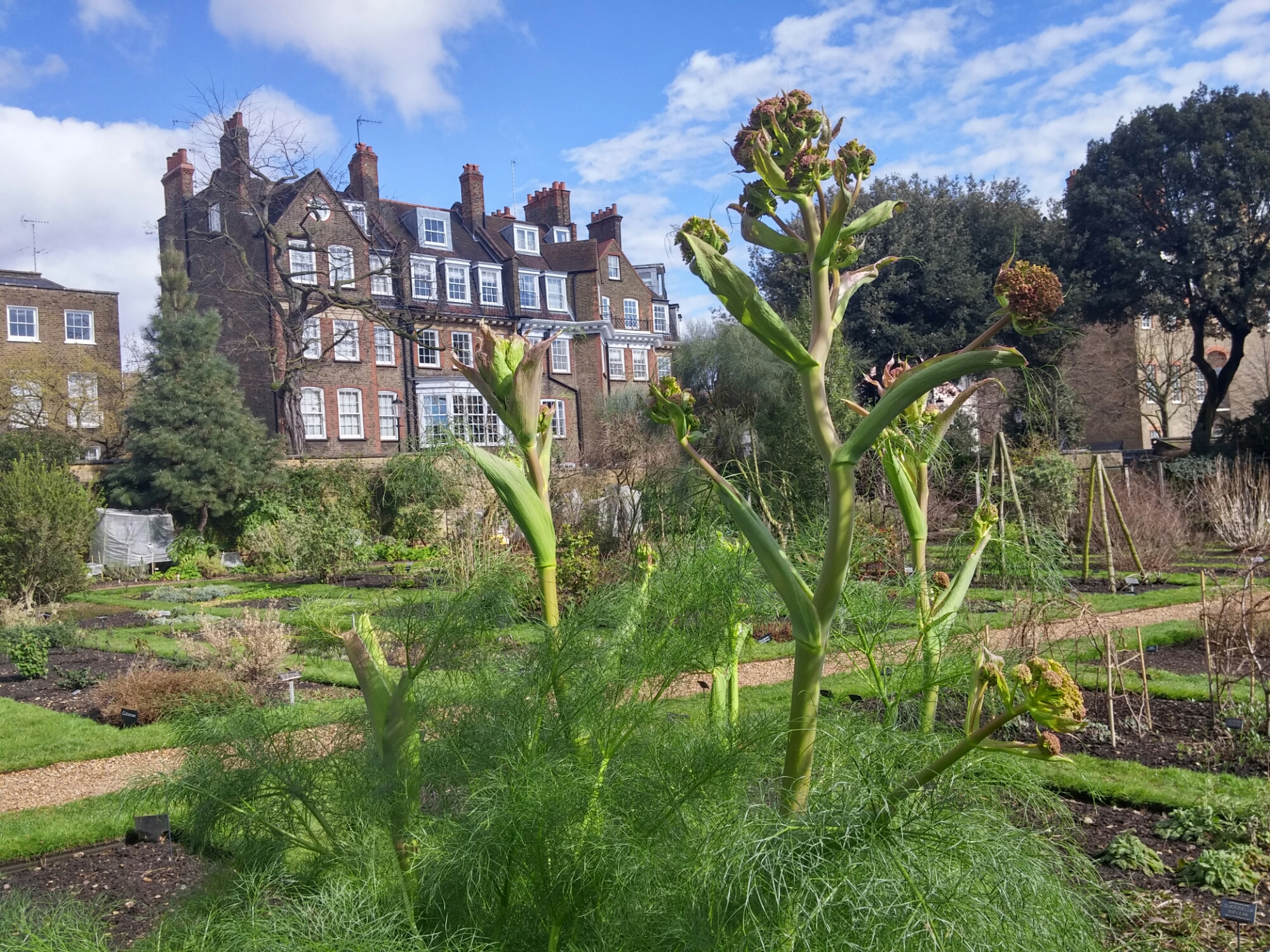 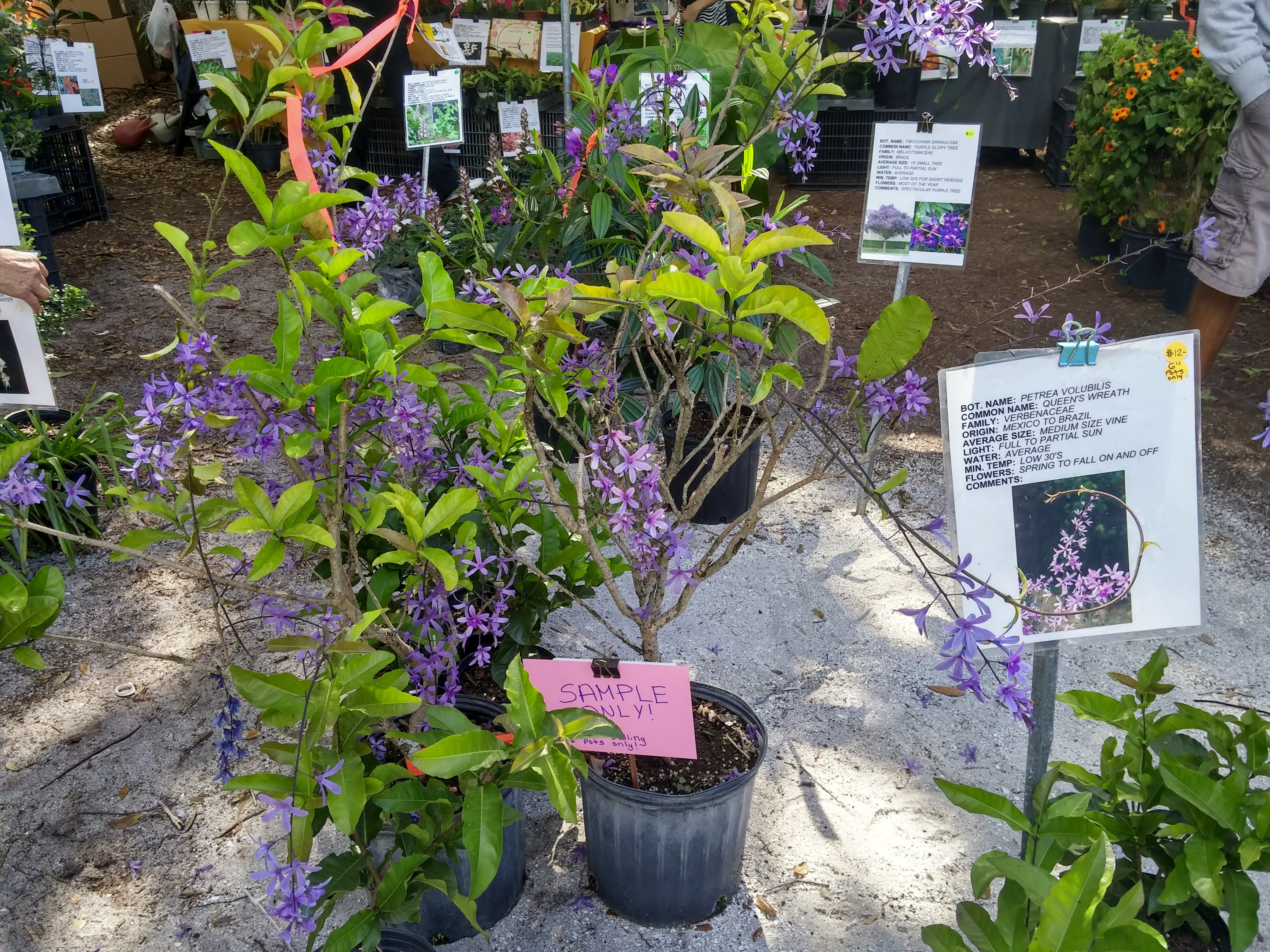