In response to The Daily Post’s weekly photo challenge: blur.

Yesterday I attended the European Orchid Conference. What an incredible blur of form and color!

The conference is hosted from April 9-12 at the RHS Horticultural Halls. The main exhibit area featured displays from around the world. Vendor booths and a second set of exhibits were set up across the street.

Here are the best photos of the zillion I took! 🙂 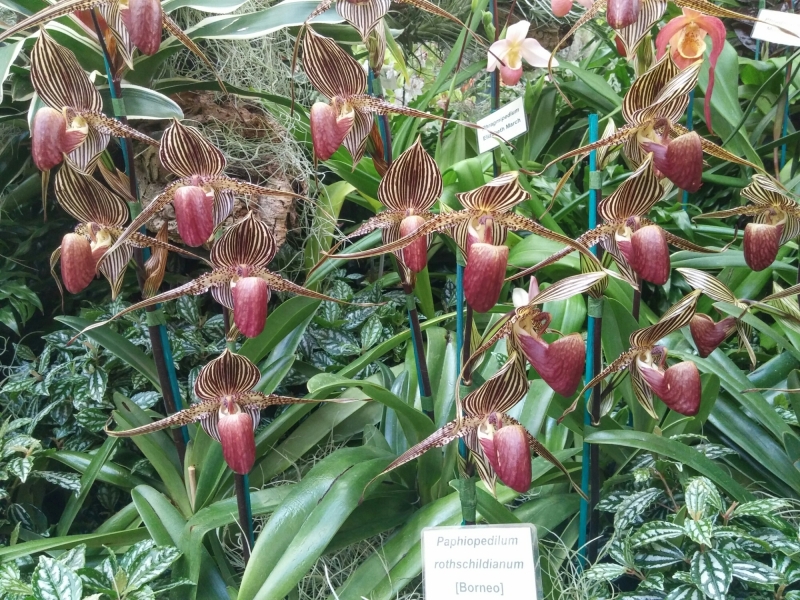 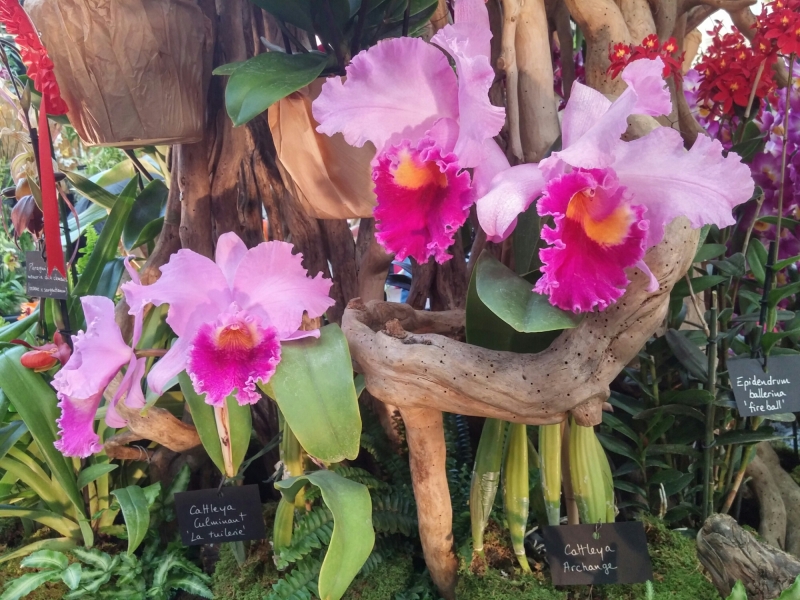 I’ve been in London since March 21st…brrrr! Compared to Vero Beach this great city is COLD!! 😄

Last Thursday I met Claire of Promenade Plantings for a tour of the Chelsea Physic Garden, an apothecary that features herbal and medicinal plants from around the world.  Of course everything was labelled…except the one I’ve chosen for this week’s challenge! Claire thought it might be an Angelica and we both thought it was quite ephemeral.  If anyone can identify it let me know?

A word about today’s post: this is my first attempt at creating content via the WordPress android app.  Quite difficult to ascertain what the published result will be! Keeping fingers crossed!

For this week’s challenge I pulled the best shots from our trip to Reykjavik and the Ring Road. Nothing says scale better than Iceland’s sweeping vistas and urban contrasts. 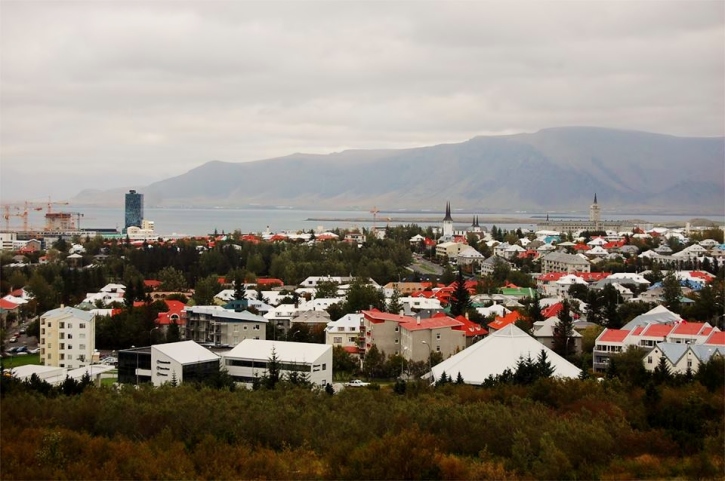 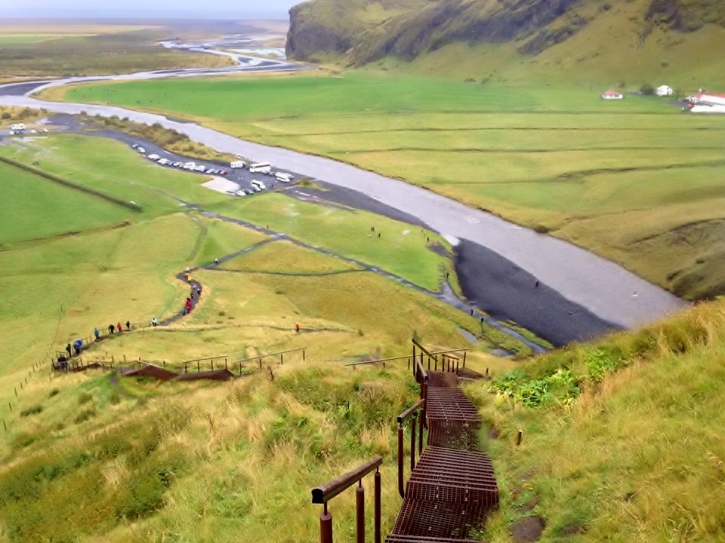 No real sun while we were there…and it was very cold and miserably wet! I can’t say we actually liked Iceland, but it was a memorable stop enroute to London!

I kept this week’s photo challenge in mind while taking pictures at Gardenfest.

First up: looking down a row of incredible Medinilla magnifca…

…and a row of bananas: 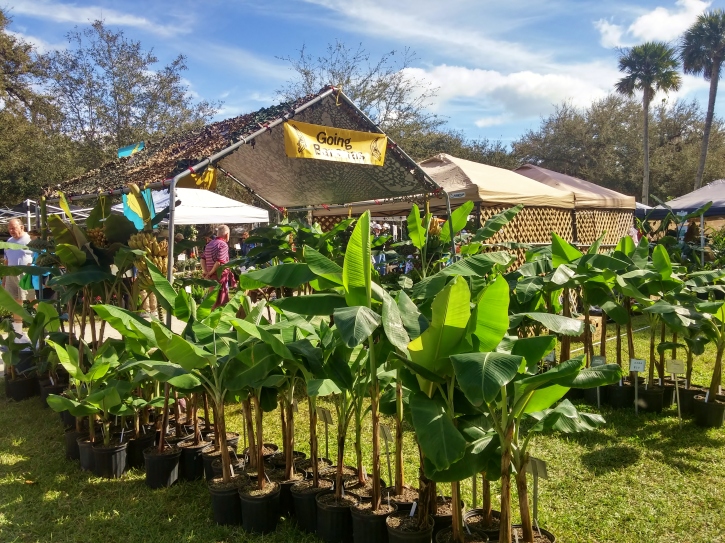 Next, a view through the Spanish Moss:

Looking through the Spanish Moss, Gardenfest 2015

…and a wander under impressive Live Oaks: 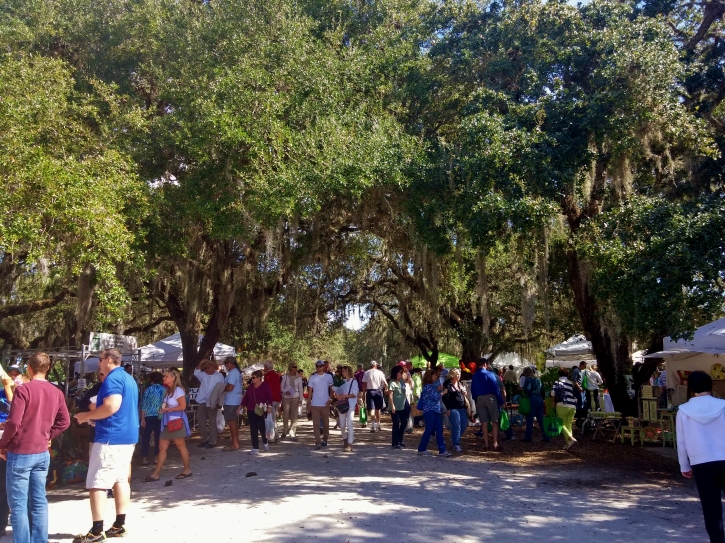 Under the oaks, Gardenfest 2015

Each year Gardenfest grows bigger and better, with increasingly unusual vendors and displays.  Definitely one of Vero Beach‘s premier in-season events!  Part 2 later in the week!

This week’s photo challenge is part 2 of my Moscow penpal saga.  If you’re new or missed part 1, read this first. The short version: I’ve been communicating with a Russian man for quite awhile now, and this week I received a package!

Ayyyyyyyyyyyyy!!! 🙂  Such crazy fun and what an interesting glimpse of a major cultural difference!  First the trinkets:

…next, a perfectly themed Yuri Gagarin t-shirt!  Evgeny is an astrophysicist: one of our earliest conversations was about the Cold War Space Race.

Maggie arrived home while I was opening the final item and we nearly killed ourselves laughing. Gender roles are alive and kicking in Moscow…bigtime!

I’ve been around a long time, and no man in his right mind has ever given me an apron!  Apparently this is high praise from a Russian male so I won’t smack him with a frying pan; couldn’t reach that high anyway!! 🙂 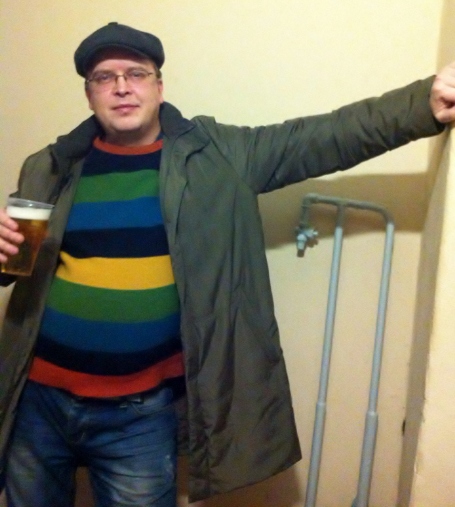 I’ve been enjoying this entire experience so much I began studying Russian two months ago.  Slow going, but I’m getting better at cadence and recognizing which cyrillc syllables are stressed when I see words in print.  However, to express yourself well, you REALLY need to understand complicated grammar rules…so I bought these:

До следующего раза! (until next time!)

This week’s challenge asks for photos of serenity, and nothing fits better than images of the Louvre from mid Septermber! 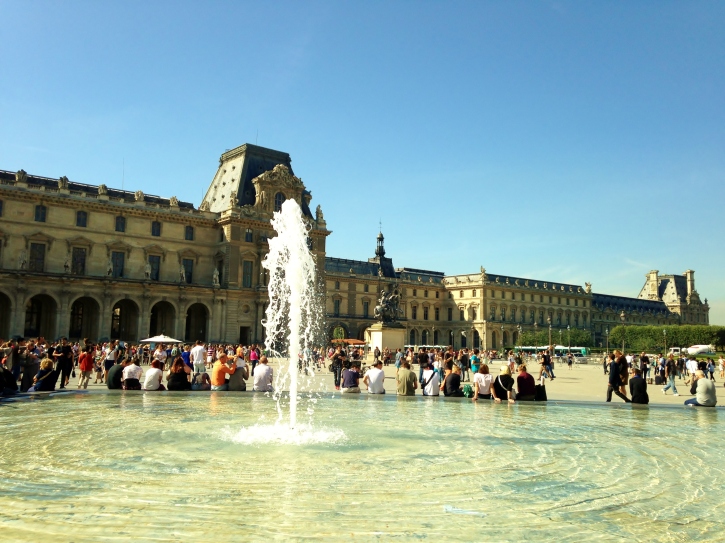 The sky was beautiful and blue, the temperature a balmy 73F, and the setting absolutely enchanting! 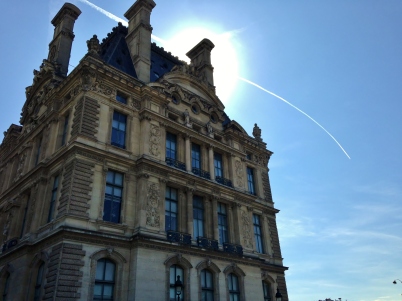 We finished the day with a stroll aross the Seine.  Serenity to the max!

Everything about our two days in Paris was tranquil and serene. 🙂 In contrast, the trip from Gard du Nord back to Brighton? Not so much! 😉

Opposite of serenity? Travelling back to Brighton!

I loved Paris…getting real excited to explore it again this spring!

This week’s challenge asks us to share images where lines and shapes converge in literal or abstract ways.  Because my pictures are part of a larger story with the same theme, I’ve written a photo essay tying the two together.

Shortly before leaving Massachusetts I had cataracts removed so during the winter of 2010 I was primed to read a really meaty novel.  I came across an online review of a 2008 English translation of “Dead Souls”, written by Nikolai Gogol in 1842, widely considered the first of the great Russian novels and one of the indisputable masterpieces of world literature.

After reading a few chapters online, I decided the book was a keeper, ordered a copy and read nonstop for 3 weeks.  Such a fantastic novel I HAD to discuss it with someone! I found an online book discussion forum where I left the following post: “Anyone want to talk about Gogol’s Dead Souls? Email me!”

Three weeks passed before someone reached into my backyard from a street in Moscow:

After a spirited discussion of the book, we communicated randomly for a year about James Baxter’s science fiction. Somewhere in year 2 we began sharing occasional news stories about Obama and Putin and having intellectual debates about socialism vs capitalism and the “New Russia.”  Year 3:  “Have you studied Latin?”( “of course!”) which opened up new conversations about Ovid, The Metamorphoses, and Latin as the building block of our native tongues.  Great intellectual stuff and I began thinking “man, this guy has one helluva mind,” and on it went to year 4.

When I returned from England in September,  I saw he had messaged me (something new!!) so I turned on my smartphone notifications should it occur again.  A week later it pinged as I was heading to bed. I said I was just back from a trip and we had our first personal conversation about impressions of Europe, what we liked and didn’t like about it, etc.  5 hours later I finally said goodnight and went to bed as the sun was coming up!

The following weekend we began flipping photos back and forth…not of ourselves but of what we were doing at particular times to see how life differed. (Note: Hovering your mouse over all photos reveals captions)

I’m at the Farmer’s Market! 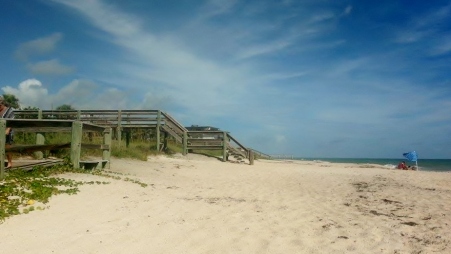 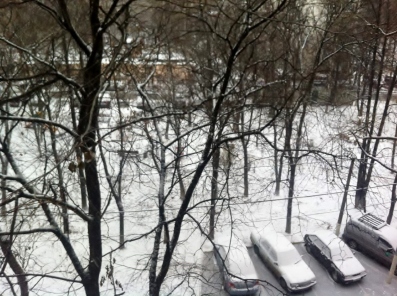 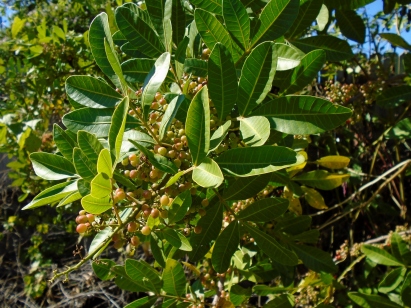 At a friend’s house!

The practice of showing each other where we were at given moments in time seemed a surprisingly close approximation of running into someone for a few seconds at the store or on a subway platform.  “What’s up?”  “Where you headed?” “How ’bout that weather?” “Talk later!”   A few days into this, the first actual phone call came from Moscow…and a few days later a Skype call.  For kids brought up on opposite sides of the Cold War, seeing inside each other’s homes via webcam has been a strange and exhilarating convergence!

One day he “brought me along on his commute” via a series of photos that work particularly well for this challenge. Before I close, one final gallery: 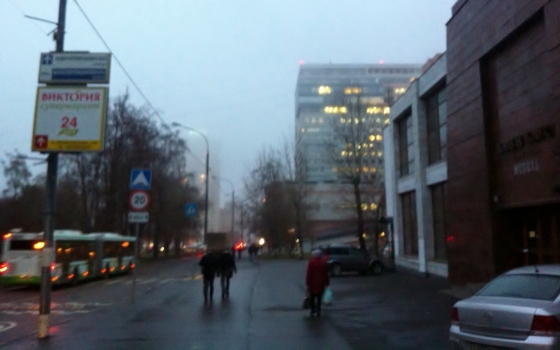 This week’s challenge asks us to share a “minimalist” image, one with “a large portion of negative space, a fairly monochromatic color palette with good contrast, and an interesting subject that is able to stand on its own to capture the interest of the viewer.”

Here are two shots from last February and (hopefully!) they hit the mark.

After a few minutes, the ladies above joined their friend in the water:

Photography is a funny thing: I was aiming for Maggie on her paddleboard (teeny-tiny figure back/center of first photo; nearly off frame in the second) but the three women became the focal point instead!

This week’s challenge asks us to share a photo to illustrate the cover of a movie, cd, or book.   For several days I plowed through every image on my hard drive but nothing inspired me. Then ten minutes ago, a light bulb moment: I DO have a picture that illustrates an award winning movie from the year 2000 AND ties in with key components of my blog.

First the photo, then the explanation/description.

Requiem for a Dream Cover Art

Requiem for a Dream (2000) is a psychological drama that explores the mental states of people suffering drug addiction. When they use, a door opens briefly into a world where everything is colorful and bright; but then it closes and everything is worn, rusty and miserable.  Having been through this struggle, I can vouch for the movie’s portrayal, and I love how the photo informs it

Now at first glance you may not notice (I didn’t!) the small green “running man exit sign”. How great is its inclusion for the cover art?  Sure, there’s a way out, but it’s barely visible in the upper right corner of an addict’s mind.

This photo was taken last month from inside The Orangery at Kew Gardens and I feel fortunate to have it!  Two days prior, I sat alone in Turnham Green and wept at being drug and methadone free thousands of miles from home. In a way, this image is a souvenir of my past as well as a trip I thought I’d NEVER take.   I’m glad I could share it as cover art.

This week’s photo challenge asks us to share images of signs, and since taking pictures of unexpected/oddball signage is one of my oldest habits (seriously!!) I have plenty to share. 🙂

The three “gallery” photos are from Chiswick, Paris and Brighton, respectively; the fourth/bottom shot was taken today on the access road to Tracking Station Beach. (Note: Hover your mouse on the individual pics to see their captions)

Ordinarily I hate misspellings, but there was something serendipitous about two Estas driving behind this guy!  Gave us quite a chuckle on our way to the beach: 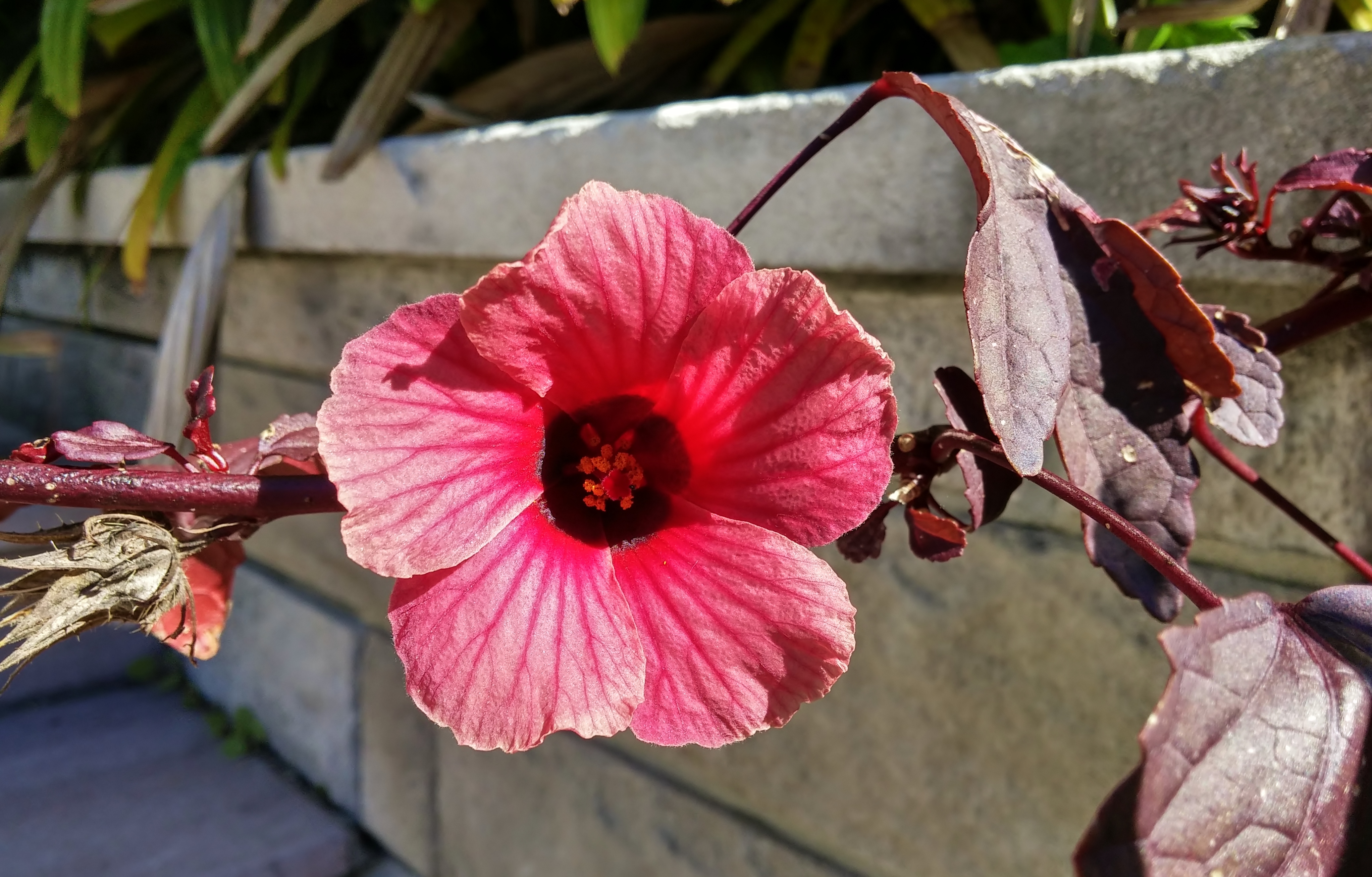